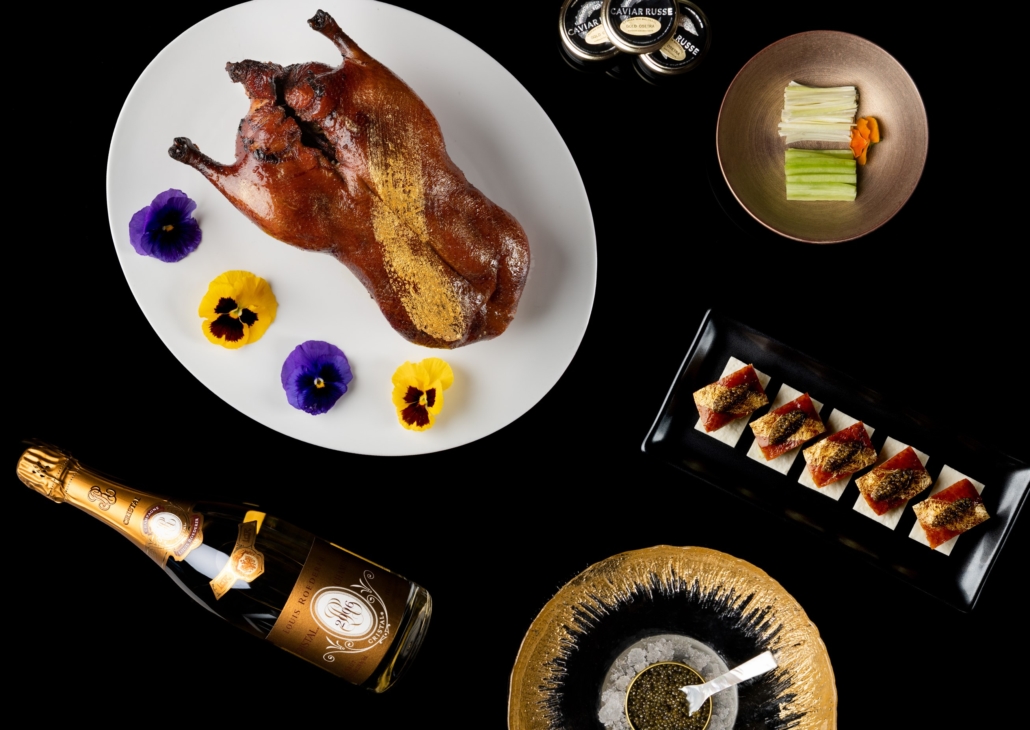 For nearly two decades, Golden Week has been celebrated in China as a time for family to gather and travel for the holidays while recognizing another year since Mao Zedong founded the People’s Republic of China in October 1949. Throughout its history, Hakkasan has honored the Chinese tradition through a series of specialty menus, chef collaborations, and unique signature dishes and cocktails. As a way to commemorate 70 years since the People’s Republic of China was founded, Hakkasan Las Vegas, San Francisco, and New York are offering a special Golden Week package from October 1 until October 7, 2019.

At the heart of the offering is an entire Golden Peking duck, accented with Caviar Russe Private Reserve Caspian Sea Gold Osetra. In traditional Hakkasan fashion, the duck is prepared over the course of multiple days and presented to the table before carving into two courses. The crispy skin is served on sixteen pancakes with cucumber, scallion, and caviar, while the tender meat is stir-fried with choice of XO or black bean sauce. Following the opulent main courses, the Golden Ring dessert consists of fresh pears soaked in black tea and yuzu with a ginger infusion and dulcey cream.

To complete the package, guests may include an entire bottle of Louis Roederer Cristal Brut to complement the decadent fare.

The Golden Week package is available at 388 USD with four courses and cocktail, or for 888 USD including full bottle of Cristal, intended for parties of up to four guests. The Golden Opulence cocktail and Golden Ring dessert are also available a la carte.