What does “Hakkasan” mean?

Now an internationally acclaimed brand with restaurants located across the globe and the world-famous Hakkasan nightclub in Las Vegas, the name Hakkasan has become synonymous with luxury and the ultimate in entertainment experiences. Few other brands are as diverse, with restaurants located in palaces, former childhood homes of royalty (Hakkasan Mayfair is the Queen’s place of birth) and housing some of the most technologically advanced features to truly create a hospitality experience like non-other.

There is no doubt that Hakkasan creates an emotional response from those who have experienced it, but many of our guests still ask: what does the name actually mean? To answer that question, we need to look back at our history and to its first restaurant location in Hanway Place. 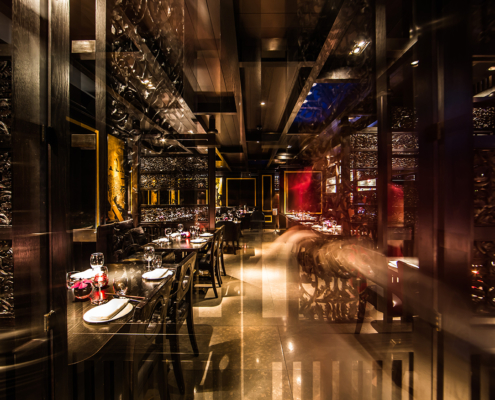 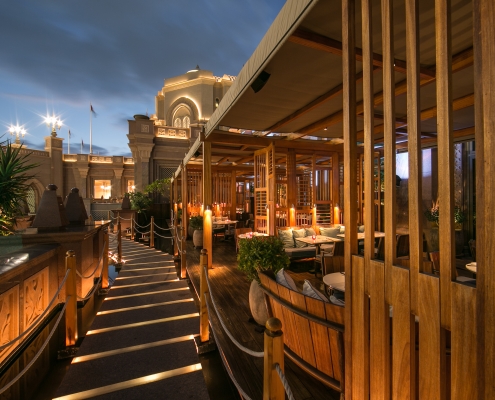 Hakkasan’s name was invented by Alan Yau, our restaurant founder

Alan Yau was born in Sha Tau Kok, a border town straddling Hong Kong and mainland China, in 1962 and later immigrated to England with his family. Yau and his family traversed territories, breaking into a new country and culture. Yau and his family are considered “Hakka,” who were originally from northern China but later migrated to South China. Alan Yau grew to become one of the most influential chefs and restaurant entrepreneurs in London, creating not only the brand Hakkasan, but also Yauatcha (another Hakkasan Group venue) and Wagamama. Alan Yau founded and opened Hakkasan Hanway Place in 2001 and kicked off the legacy that exists today.

Referring back to “Hakka” and Alan Yau’s childhood experience, Yau invented the word as a sign of respect. “San” is a title added to the end of words in Japanese that shows deep respect and honor to a person. For instance, a person’s name would be spoken as “[name]-san.” Therefore, Yau created the term “Hakka-san” to demonstrate the respect he shared for people of similar traits to him and his family.

Today, Hakkasan carries on the legacy created by Alan Yau

Hakkasan now has multiple restaurants around the world located in the United States, Middle East, India, Asia and Europe, where both London restaurants hold a Michelin star. Hakkasan offers guests a world-class culinary experience. The menu is a modern interpretation of authentic Chinese cuisine, using the finest ingredients and expert traditional techniques to create timeless yet innovative signature dishes. Hakkasan’s total list of restaurant venues and their respective opening years include:

Hakkasan Nightclub is the one and only Hakkasan club in the world. Found in Las Vegas and attached to the modern Chinese cuisine restaurant of the same name, the nightclub continues the ultimate entertainment experience that Alan Yau first envisioned for the original restaurant. Housing some of the biggest names in DJ talent throughout the years, including Steve Aoki, Martin Garrix and Lil Jon, Hakkasan took it even a step further in 2019 with the unveiling of the Hakkasan Grid, an immense light show experience that ushered in a new era of entertainment on the Las Vegas Strip.

Today, Alan Yau’s original meaning behind the name Hakkasan still holds true in its deepest sense. Spanning across international borders and welcoming people of all backgrounds and cultures, the diverse roster of guests who have walked through our doors has created a history that we respect and are truly proud of. We look forward to the years ahead and keeping that tradition alive.

Sounds of Hakkasan #0067 hosted by Kinambroi

Sounds of Hakkasan #0068 hosted by Pathaan
Scroll to top