What is the definition of luxury?

The concept has been around for thousands of years. From the ancient Egyptians, a civilisation whose fascination with indulgence is evident in their penchant for gold, silver and jewellery discovered buried in pyramids alongside pharaohs, to the Indians and Chinese who host lavish wedding ceremonies where brides and grooms are draped in luscious fabrics, the abundance and exclusivity of luxury has always been highly covetable.

In the present day, luxury is defined in many different ways: in superb craftsmanship; in rich heritage and history; in desirability; and in scrupulous, meticulous attention to detail.

The Supreme seafood platter at Hakkasan is the embodiment of luxury in the culinary world.

Introduced and imagined by Executive Chef Andrew Yeo and his team of talented Hakkasan chefs, the dish is a celebration of the finest ingredients.

Served over ice on two tiers, the seafood is not only rich and plentiful, but each ingredient is treated with the utmost care and attention.

Sourced from Carlingford, a coastal town in northern County Louth, Ireland, fat juicy oysters are presented as they are in their perfect sea-salty simplicity. Sweet lobster is served two ways: the tails are offered in the shells, while the claws are tossed with fresh mango. Raw hand-dived scallops are sliced thinly and cured in a zingy citrus and champagne vinegar shallot dressing. Yellowtail Hamachi ceviche is given an Eastern twist, with a combination of kaffir lime, ginger, crispy rice and baby coriander alongside a spritz of red grapefruit.

Few ingredients are more covetable in Chinese culture than the abalone. It is believed that the consumption of abalone brings good fortune and abundance, which is why the marine mollusc is often enjoyed during special celebrations like Chinese New Year.

Abalone are so desirable that they command a large price tag, and deservedly so: each abalone is harvested individually by hand, usually in difficult, rough waters. They are naturally buttery, with a sweet flavour similar to scallop, and they have a tendency to carry flavours beautifully. The abalone salad featured on the seafood platter is served with winter bamboo shoot, pomegranate jewels and yuzu cress.

Three sauces are offered alongside the seafood platter: a twist on the classic cocktail sauce, this time made with goji berries; a fiery sesame mustard sauce, and an Asian mignonette.

The true definition of luxury isn’t something that just looks the part (although it should do this too): luxury is about attention to detail, and the care and respect bestowed on the product. In the culinary world, the Supreme seafood platter exemplifies the very definition of luxury.

The Supreme seafood platter is available exclusively at Hakkasan Mayfair. 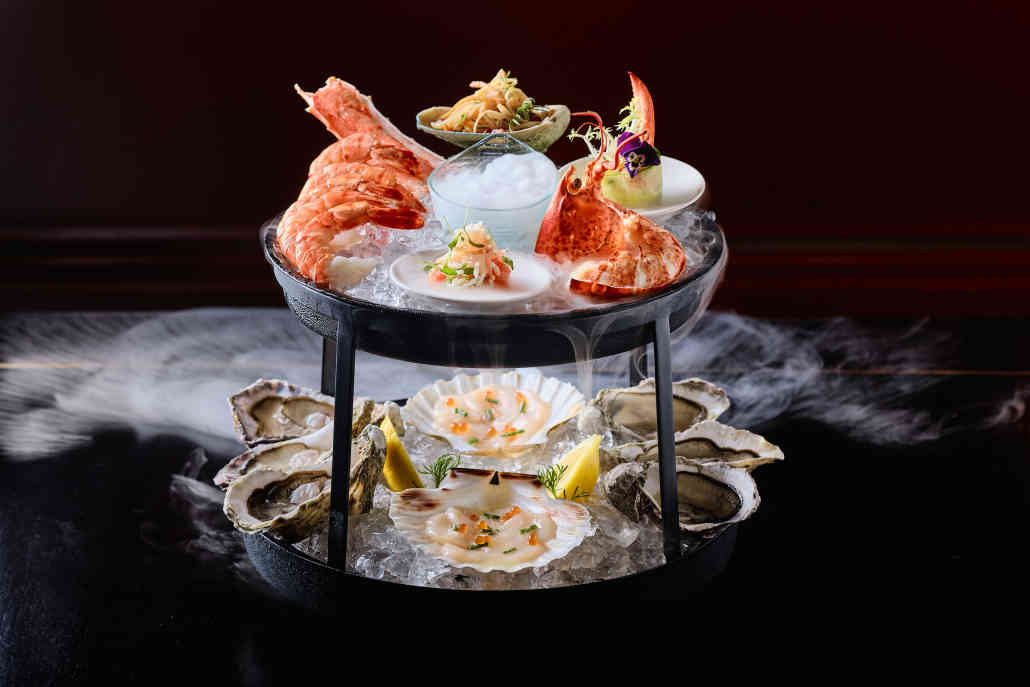