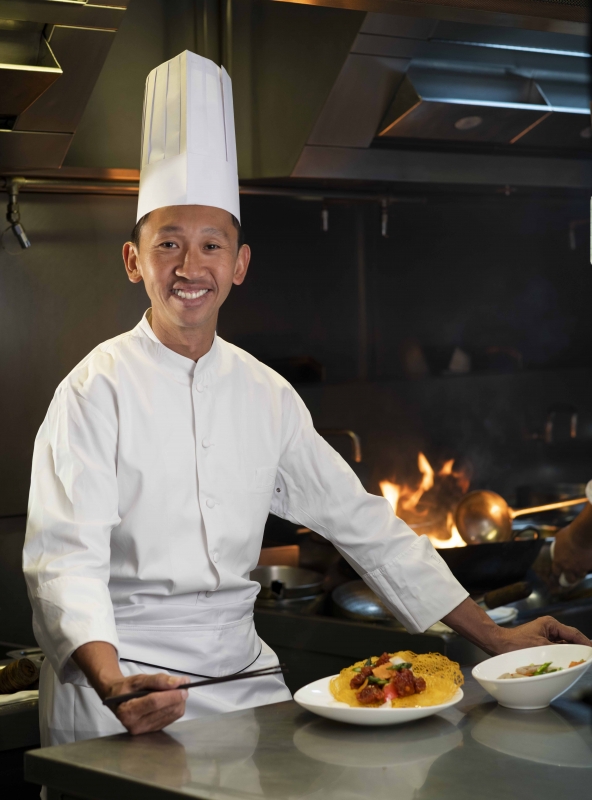 Responsible for the unique culinary masterpieces created by Hakkasan Group’s Asian Luxury brands, Chef Andrew Yeo carries over twenty years of experience and training into this new position, having previously helmed the kitchens in EDITION Hotels and Ritz-Carlton Hotel Company. Over the course of his career, he has helped launch several hotels, overseeing the culinary direction at The Shanghai EDITION and Ritz-Carlton properties in Montreal, Hong Kong, and Dove Mountain. His responsibilities at Hakkasan Group include menu direction and complete culinary oversight of new and existing locations and initiatives of the Hakkasan, Ling Ling, and Yauatcha brands.

Born and raised in Singapore, Chef Yeo first fostered a passion for cooking by helping his grandmother prepare traditional dishes for their family. He began formal culinary training at the renowned SHATEC Institute of Singapore before joining the team at The Ritz-Carlton Millenia Singapore, where he was able to hone his technical skills and creative abilities.

“I’m incredibly excited to join Hakkasan Group, which has been recognized all over the world for its artful interpretations of Chinese cuisine,” says Chef Yeo. “I look forward to working with the talented culinary creatives at the company to bring our global restaurants to even greater heights.”

Chef Yeo believes that fresh ingredients are the key to quality Cantonese cuisine. Treating each element of his dishes with care and passion, he allows the ingredients to shine. His philosophy resonates in Hakkasan’s Black truffle roast duck, using tea plant mushrooms and traditional techniques to produce an elegant dish with carefully balanced flavors.

When he steps outside of the culinary world, Chef Yeo enjoys traveling the world. He is an avid fan of the outdoors and prefers to scuba dive, hike, and taste his way through different cultures. His most recent excursion was a climb to the top of Mount Kilimanjaro in Tanzania.

Bringing a global perspective and a wealth of experience to his new role, Chef Chan has previously helmed kitchens at the Wynn Las Vegas and assisted with the culinary direction at Rosewood’s The Carlyle and Little Dix Bay.

Born and raised in Taiwan, Chef Chan developed a lasting love for the culinary arts through his family’s soulfully prepared meals. After serving in the Taiwanese Army, he began to pursue his

passion for cooking with an apprenticeship at Portofino Italian Restaurant in Taipei, later enrolling in the American Culinary Federation to begin formal training.

Chef Chan champions Cantonese cuisine through careful interpretations of local flavors and creative use of ingredients. His love of Cantonese food stems from a deep appreciation for the cuisine’s gentle fragrances and delicate flavors, which emphasize the culinary techniques of the chef and the quality of the ingredients. In addition to his strong culinary background, he is also a trained painter, tapping into his art education to shape his approach to plating, color composition, and flavor balance.

“I am thrilled and honored to join Hakkasan Group’s talented culinary team,” says Chef Chan. “Hakkasan Group is a global leader in Asian cuisines, and I am excited to share my culinary vision and bring more unique restaurant experiences to our guests.”